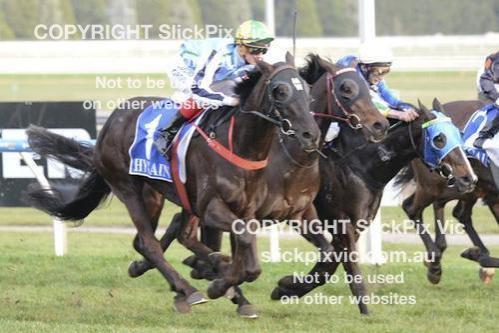 Consistent Clangalang gelding “Like The Clappers” got his just desserts this prep winning the last on the card at Ballarat on the 27th of August, the 1600m BM 64.  With the track rated just into the heavy range there was some concern that it was not going to be heavy enough for him, but with a last to first victory he proved us wrong.

Given a well rated ride by 3kg claiming apprentice Jordan Grob, after being slightly slow away be settled in his traditional position at the rear of the field.  Travelling three wide with cover and tracking the favourite right throughout the race, he peeled wide on the turn and ran on strongly for a very well deserved win.

Congratulations to all the owners involved in the As The Crow Flies syndicate.