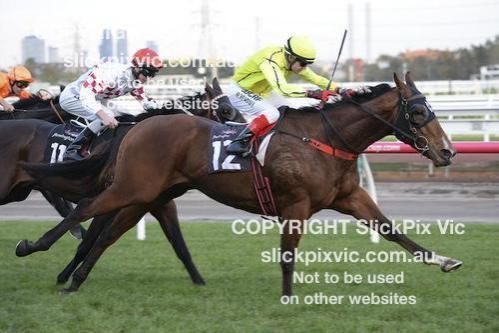 Consistant stable galloper Clairvaux was able to claim victory in the final race of the card at Flemington on Saturday.  Coming off a freshen up after the Warrnambool Cup and a drop back in distance to 1800m he settled in the second half of the field early before drifting back to be almost at the rear of the field coming into the turn.

Given a perfectly timed run by Dean Yendall he exploded down the outside from the 300m and reeled off some exceptional sectionals in his run to the line.

Punters should also have been happy after he paid almost $28 for the win.  Clairvaux has now won over $165,000 in prizemoney and won six of his 21 starts.

Congratulations to all of his owners and our great supporters in Australian Thoroughbred Bloodstock.