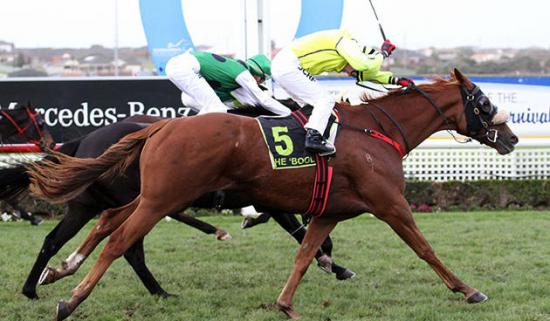 After three previous consecutive attempts in the same race, Luckyimbarefoot was able to salute on the biggest day of the local carnival winning the $40,000 1400m open handicap.  In another close finish Footy not only got his nose in front for the photo finish but also held on to the win in the stewards room after a protest was lodged by the jockey of the horse who finished in second position.

Given a well timed run by in form carnival jockey Dean Yendall, he settled mid field in the early stages before tracking wide to the better going and storming down the outside to the finishing post.  It was great to finally be able to claim this race after he finished  second in 2012, seventh in 2013 and then having to settle for second again last year.

Congratulations to Australian Thoroughbred Bloodstock and all his connections.