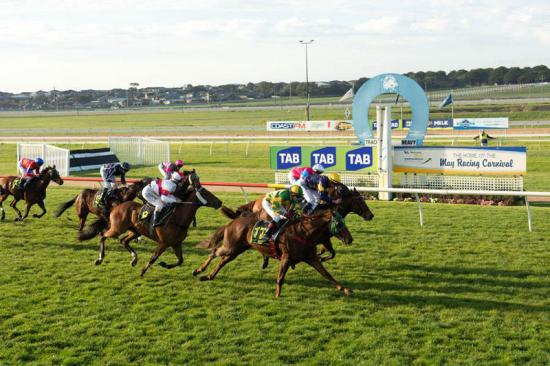 The stable was able to score a double on Sunday with one winner in Victoria and the other across the boarder in South Australia.

Already Leica was able to break her maiden status in Naracoorte when she won the 1000m maiden, given a good ride by apprentice Jordan Grob she settled just off the speed and was too strong in the straight to the line.

French Hussler was also able to win on the same day, but this time on our home track at Warrnambool. Given a much needed shake up to the line by Dean Yendall he settled back and showed some fight down the outside to win the 1200m showcase BM 64.

Other noteable results from Warrnambool included Shortspresso and Like The Clappers both narrowly beaten to run second, their time back in the winners stall is not too far away.

Congratulations to the winning connections of both horses.