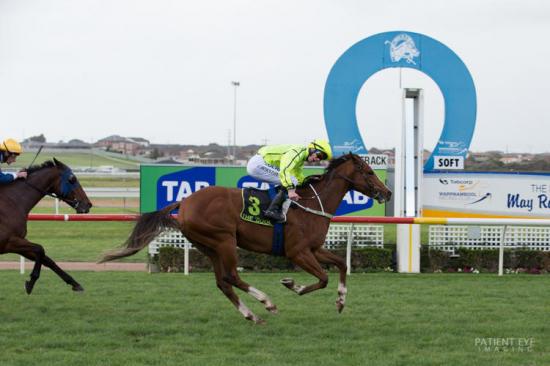 Reigning Meteor was able to notch up his second win from as many starts at the Warrnambool May Carnival when he claimed the $30,000 BM70 1000m Handicap on the middle day of the carnival. The impressive 3yo by Northern Meteor was given a perfect ride by Damien Thornton to claim the race by 1.5 lengths.  He was ridden back in behind the speed coming out on to the better going into the straight and finished off hitting the line strong.

The win came a year after winning the 2yo handicap and Matthew now has hopes of winning the Wangoom also known as the Newmarket of the bush with him in 2016, a race he is familiar with after winning with Uxorious in 2011. Comet will now be targeted towards the Creswick Series for three year olds with two heats ran in June and the final in July all at Flemington.

Congratulations to Australian Thoroughbred Bloodstock and all his connections with a thrilling win with Comet at the Bool.