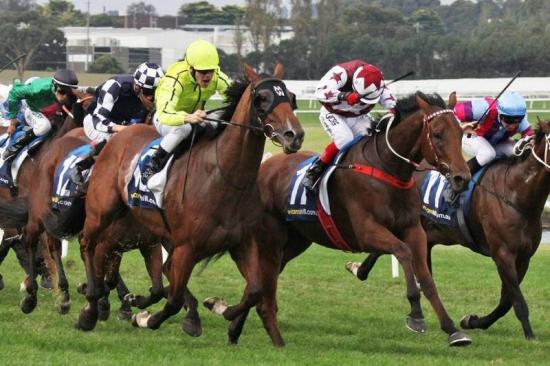 Clairvaux is now one step closer to earning himself a start in the Warrnambool Cup after a tough last start win at Sandown on the 1st of April. After settling back in the last half of the field, a well timed run by jockey Ben Melham saw him come wide into the straight and kick on strongly to catch the leader and hit the line full of running.

The gelding by Choisir has now won both of his starts this preparation and will head to Terang on the 19th of April in a bid to win the cup and secure himself a start in our home town cup on the first Thursday in May.

Congratulations to all of his owners many of whom have been loyal, long time supporters of our stable.