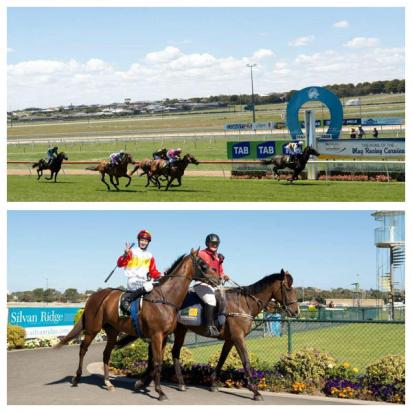 The stable was able to get home a double on our home track at Warrnambool on the 29th of January. The first leg of the double was Duchovny in the 1700m maiden ridden by Damien Thornton. At only his fourth start, he controlled the tempo comfortably in front and after being headed in the straight fought on strongly to win by two legths.

The second leg of the double was Artie's Shore in the 1700m showcase benchmark 70, also ridden by Damien Thornton. Arti was strong to the line holding off the late closer Straight Jacket. This win also brought up Arti's second win for the preparation.

Damien gave both horses great rides and it was rewarding to be able to share the double with him, as he has been riding so well for our stable of late.

Congratulations to all the connections of both horses, it was fantastic to have both horses in the winners stall.