Strategic Demand's Not To Be Beaten 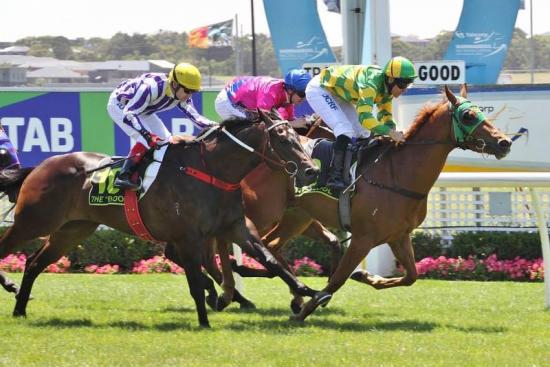 Lightly raced Strategic Demand scored a tough maiden win at Warrnambool on Sunday. The Strategic gelding was given a lovely run by in-form jockey Ryan Maloney, settling 2 pairs back and having the last crack at them in the straight. Although a little green and new when asked to let down, he knuckled in and responded well to Ryan's riding to win by half a length.

His win came after a very promising first start at Warrnambool a fortnight ago, where he finished a good 5th over 1000m. Being a Super Vobis horse he also picked up a $7,000 bonus for winning, which was a great little incentive for his owners. He is likely now to head towards Sandown for his third start at the beginning of February in another Super Vobis race.

The win was very special for owners Richard & Rosemary Raw who were on track to cheer home Strategic Demand, who they bred and raced themselves. Congratulations to them on a great win so early in the horses career!