Ticket Starts The New Year With A Bang 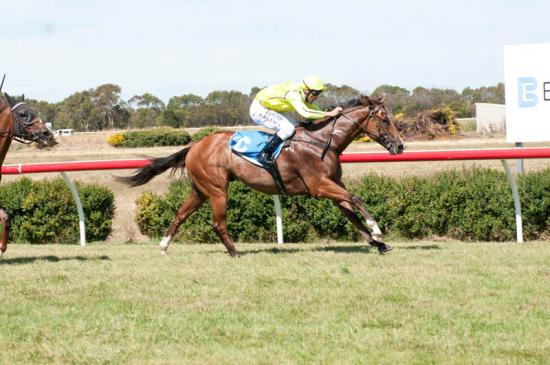 Ticket To Toorak put the icing on the cake for trainer Matthew Williams and his wife Ultra when he won the $10,000 Thornton Family Peter Blank Sprint at Terang yesterday.

The impressive win came only 1 day after Ultra gave birth to baby Layla at South West Healthcare. Matthew reported mother and daughter were doing well and should return home on Sunday.

Ticket To Toorak broke the track record by defeating The Minister and Muchos Respectos in the 1125m race in a time of one minute, 4.42 seconds.

“The race went to script. It was a good ride by Fabian Alesci. Ticket To Toorak has always shown us ability. He’s really started to mature. I was happy how he got into his rhythm early in the race. I knew he would be hard to beat after 600 metres.”

Matthew said he would head to the Gold Coast for next week’s big yearling sale. “We have purchased a few horses from the Gold Coast yearling sales over the years,” he said. “I would say at this stage we’ll be buying one up there next week.“We’ve already got a few people who are interested in being in a syndicate.”