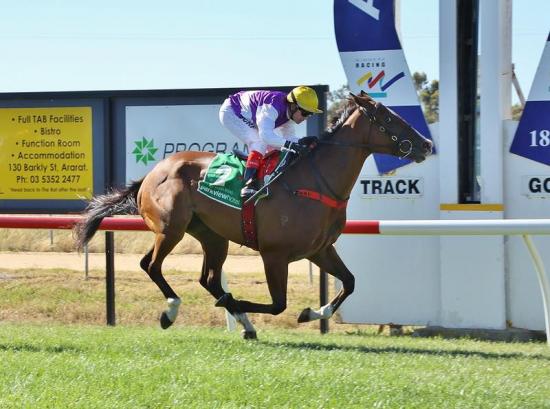 The stable continued its good form at Ararat with a winner and two seconds. Ardroy made the wait until the last race well worth while when he won the 0-58 1200 metre race. He was fired up behind the barriers and came out charging. He led all the way and won by 1.5 lengths. He was ridden well by Dean Yendall. Dean has now had two rides on him for two wins and they were both at Ararat. Well done to his winning connections who were thrilled with the performance.