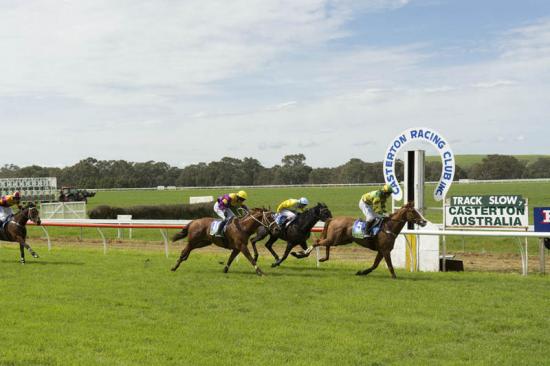 King’s Demand was able to win his maiden hurdle at his first jumps start at Casterton on Sunday. He won race 1 which was the 3300 metre maiden hurdle. He was ridden very well by John Allen. The stable has been quite for the past few months and it was finally good to get a win on the board for this racing season. King’s Demand will now go to the paddock and have a break and then get ready to jump again next season. Well done to his owners Richard and Rosemary Raw who were thrilled with a great performance.