Another City Win For Luckyi'mbarefoot 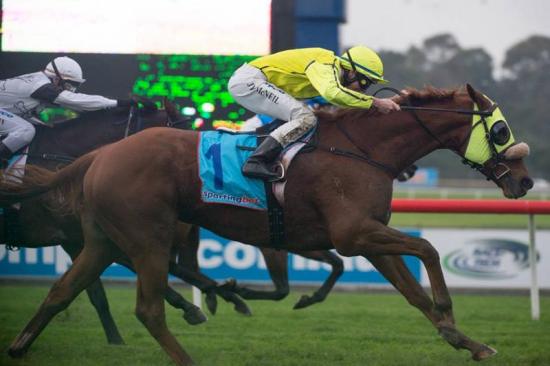 Luckyi’mbarefoot was able to get another city win on the board at Sandown yesterday when he won race 7 the benchmark 82 1400 metre race. He was ridden very well by apprentice Jye McNeil who rode exactly to Matthew’s instructions. This was Jye’s first city winner so a big well done to him. The track was downgraded to a heavy 10 which Footy loved. He was too strong for his rivals on the line scoring by just under half a length. He will now go onto a heat of the Winter Championship Series at Warrnambool. Well done to all the connections on a great win special congratulation to the Hay, Sims and Lynn families who are new in the ownership and had their first win as owners in Footy!