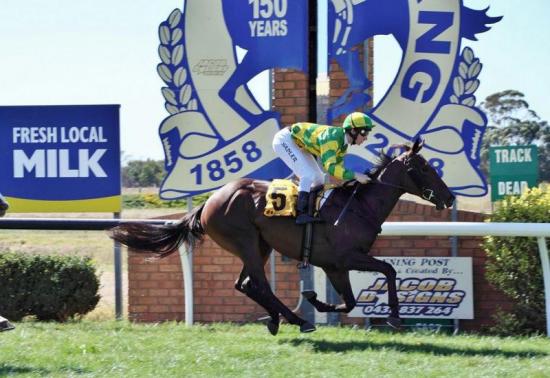 Belatin was able to win at her first race start in race 1 at Terang on Tuesday the 2 year old maiden over 1000 metres. She jumped out well from the barriers and took up the lead early in the race. She was headed by the favourite in the straight but she was able to fight back and really responded to the whip and kick away to score by 1.3 lengths. Tom Sadler rode her very well and was pleased with her effort considering she was quite green in the run. It was very pleasing to get a winning result first up with a filly that was breed and raised at our Wangoom property. Well done to Belatin's winning connections who have been very loyal clients of the stable for several years now.