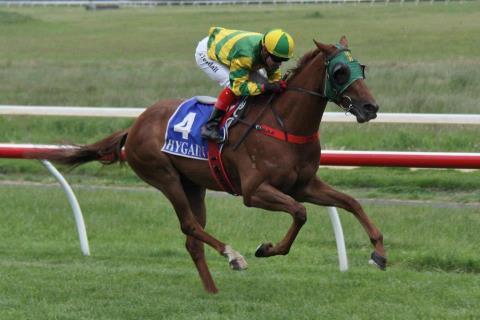 The stable ended the 2012 year well getting a double at Ballarat yesterday. The first leg of our double was General Orders in race 5 the 0-62 1200 metre race. After missing the kick slightly he settled back in the field with cover he worked into the race nicely come around the home corner and when Brad went for him he finished the race off very strong to just get the win by a narrow margin of a nose. He was ridden very well by inform jockey Brad Rawiller. The second leg of our double came in race 7 where Flying Hussler made it 3 straight wins in the benchmark 72 1400 metre country showcase. With several scratching he came into a nice barrier and Ben Melham rode him very well and got him into a nice position early in the run. He went onto win well scoring by three quarters of a length. Three straight wins is a terrific effort and he is moving through the grades very well. Well done to the winning connections of General Orders and Flying Hussler. Wishing everyone a very happy and safe New Year all the best for 2013!!