Stable Gets A Treble At Warrnambool 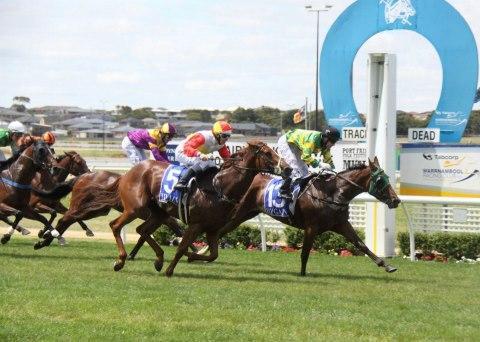 The stable had a very successful day at Warrnambool last Thursday getting at treble at our home track. The first leg of our treble was in race 2 where Angel's Gift won the fillies and mares 1000 metre maiden by half a length. The second leg was Grassland Girl in race 4 the 1200 metre maiden. She won by a narrow margin but was great for her to finally break through after been so consistent in her previous races. The third leg was Shambles Street in race 5 the 0-68 1200 metre race. All three horses were ridden by inform jockey Ryan Maloney. Well done to all the connections of our three winners and also a big well done to the staff at MW Racing this really was a team effort!