Flying Hussler Gets His Maiden Win 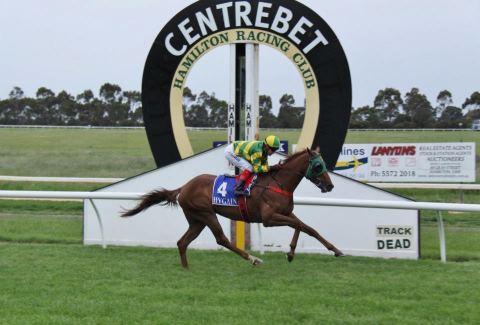 Last Monday at Hamilton Flying Hussler finally broke his maiden status when he won race 1 the 1200 metre maiden. His last two preparations he had been very close but could never quite get there. He was ridden well by Dean Yendall and in the finish he had kicked away from the field scoring by 4.3 lengths. Now he has won his maiden race hopefully this will give him the confidence to go on and win more races. Well done to his connections who have been very patiently waiting for him to get into the winner circle.