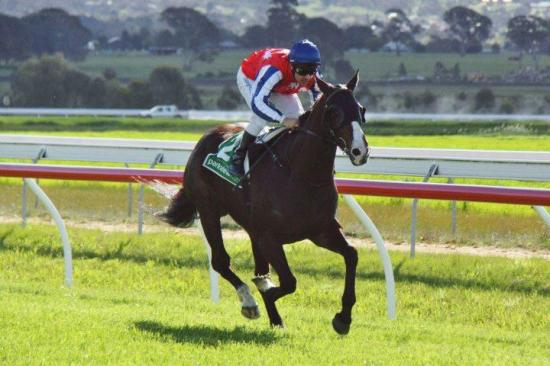 Our stable did well to get a double at Ararat last Friday. The first leg of our double was the consistent Black Ferrari who won the 2000 metre maiden race. He had been runner up on several occasions but on Friday the race went his way and he went onto to score impressively by 4.5 lengths. The second leg of our double was Clangstars Ace who took out race 5 the 0-68 2000 metre showcase race. Stepping up in grade a distance he was very tough and won by half a length. Unfortunately he broke down after the run and will now have to be retired. Both horses were ridden very well by Ryan Maloney. Well done to the stable and winning connections on a very successful day.