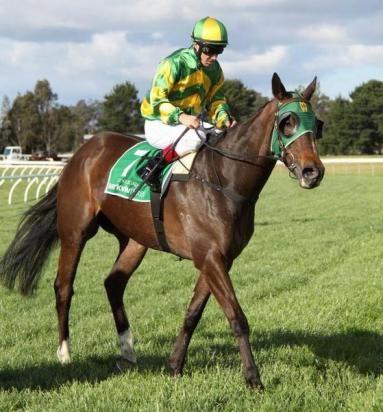 After running well first up and been very unlucky last start not to win Clangstars Ace has won at his third run this preparation. He won race 8 the 0-58 1600 metre race at Warracknabeal on Sunday. He was ridden well by apprentice Tom Sadler. He won impressively by 1.3 lengths. He has been a horse who has had many injuries over the years and his owners have been very patient with him and given him the time to come right. His connections were very excited with the win and we hope there are plenty more to come. Well done to the winning connections of Clangstars Ace!