Two winners for the stable at the Swan Hill Carnival 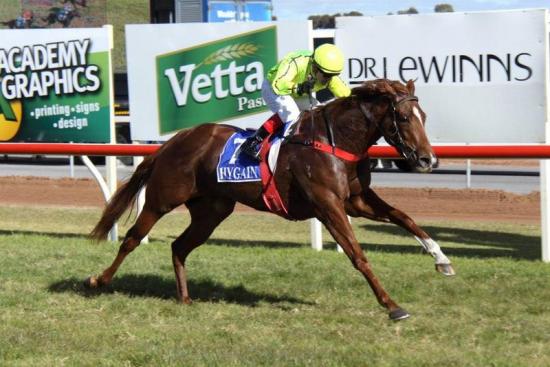 We were lucky enough to come away with two winners at the Swan Hill carnival over the weekend.  Mr Obvious was the first winner for us in the Silver Bowl Heat taking his record to three wins this preparation.  Dean Yendall rode him very well and got the best out of him on the line to score by a length.  After a good preperation he will go for a well earned spell before coming back to tackle some Moonee Valley night races over summer. Our other winner was Choiciti who was in the 2yo maiden. She was also ridden by Dean and did a good job to lead all the way and win by a neck on the line. Choiciti was purchased in conjunction with ATB Bloodstock from the Melbourne Premier Sales so it's good to see our purchased yearlings winning on the track.  We also had two seconds at the carnival in Shambles Street in the Elvstreom Classic and Flying Hussler both of which we purchased as yearlings also.  Other good runs at the carnival were Janzoon and Kulax who will pay to follow at there next starts. Congralulations to the winning owners and hope the connections who made the trip up enjoyed their time in Swan Hill as much we did!