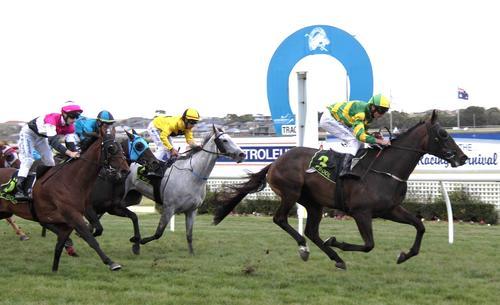 White Knight was able to win race 8 at Warrnambool yesterday the 0-58 2032 metres race. He was keen early in the run but when he slotted in behind the leaders he settled well. Once he got out into clear running he looked the winner and was never going to get beat. He was strong in the finish winning by 1.5 lengths. He was ridden very well by Brad Rawiller and hopefully Brad can now stick with him. I know all his owners were very excited when he won yesterday so well done to them all. We now look forward to his next run and also hopefully him obtaining his jumping ticket.