Oenology Walks In At Bendigo 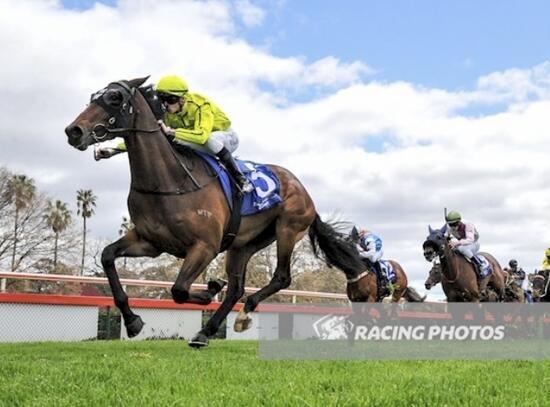 A win was only a matter of time for three year old Hinchinbrook gelding Oenology, after being second at his only two previous starts he was able to break his maiden in good fashion at Bendigo in the 3yo 1600m maiden.

With Zac Spain in the saddle he jumped well from barrier four and was able to hold a spot in the first half of the field about six lengths off the leader.  Travelling well right throughout the run he made his move at the 400m mark coming wide on the turn and galloping away with a soft 3 3/4 length win justifying his $3.70 favouritism.

Congratulations to ATB and all of their connections, there looks to be better wins in store for Oenology.