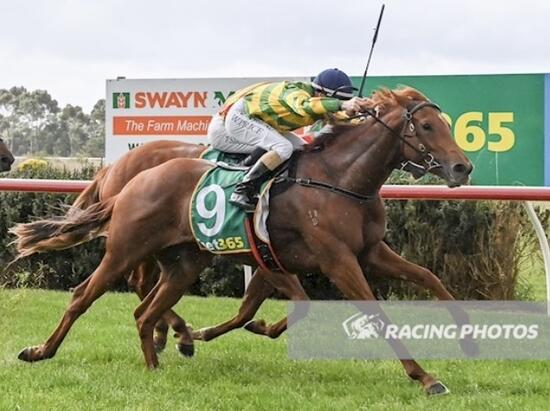 Well named Zoustar filly out of Tendue, Dueastar has kicked off her racing career with a win at Terang on cup day in the 2yo 1000m maiden.  With the exception of two horses the remainder of the field was unraced so lining up the opposition was a challenge.  She had trialled up well heading into the race and despite the market suggesting otherwise the stable were happy with her heading into the race.

Ridden well by Will Price she jumped ok from barrier three and settled mid field.  Clear running appeared into the straight and she let down well to fight out the finish by 0.2 lengths.

Congratulations to her connections, who have been rewarded early for their investment.  She will now head to the Warrnambool carnival in the $100k 2yo fillies Vobis gold strike on Tuesday 4th May.