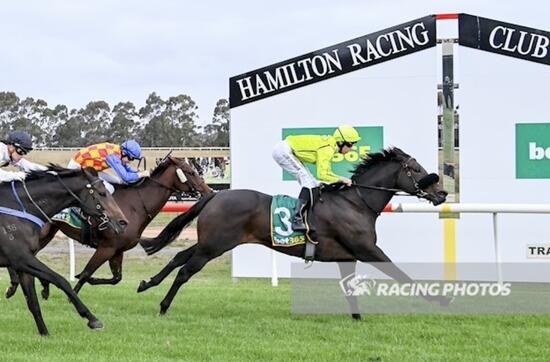 Three year old Exosphere filly Sunburnt was able to get her second career win on the board at Hamilton in the 0-58 1200m.  This was the third start for our team and her twelfth race start.

Ridden by two kilo claiming apprentice jockey Jacob Opperman, she jumped ok from the widest gate and was allowed to settle at the rear of the field.  Making her move on the turn she swooped around the outside gaining momentum into the straight.  She let down well, running out strong to the line to claim the race by a length.

Congratulations to ATB and their partners, it was great to get Sunburnt into the winners stall and we hope she will now go on her winning way.