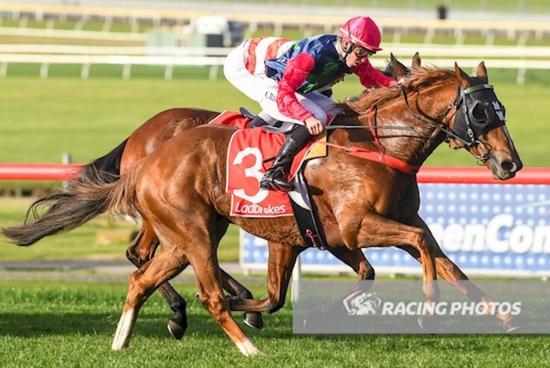 Brilliant Concept made it two on the trot yesterday in a tough metro win at Sandown Lakeside taking out the 1600m BM 70 race.  Coming off a last start Ballarat win, we were confident he would handle the heavy 8 conditions but the wide draw from barrier 13 was always going to be setting him a task.

We were thrilled to be involved in bringing up the first city win for three kilo claiming apprentice jockey Campbell Rawiller.  Jumping away slightly slowly he settled 3-4 wide at the tail of the field with no cover.  He was afforded no favours in the run doing it tough throughout with even the race caller mentioning "he will sleep well tonight".  But despite this Campbell took the initiative to put him into the race and slid up at the 450m mark and joined in down the straight letting down strongly to fight out the finish and was far too strong on the line.

Congratulations to all involved, it is great to have him racing in such fantastic form.  His stakes money has now just passed $150,000.