Confusion Kicks Off New Year With A Win 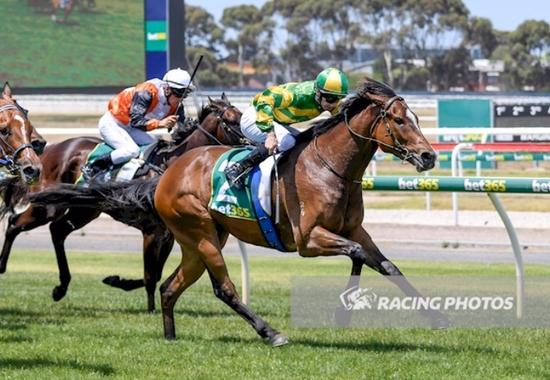 So You Think gelding Confusion has kicked off 2020 with a win to break his maiden in the 3yo 1325m race in Geelong yesterday.

First up off a spell the stable was happy with how he had trialled up heading into the race and we were confident he had come on since his first preparation.  Ridden by Damien Thornton he jumped away well from barrier six and settled mid field on the rail.  Held up on the turn when the gap finally appeared into the straight, he had to check off heels and showed some signs of greenness before letting down well to claim the prize.

Congratulations to all of his connections who seem to have a progressive young horse on their hands, having only had three starts for a win, a second and a fourth.