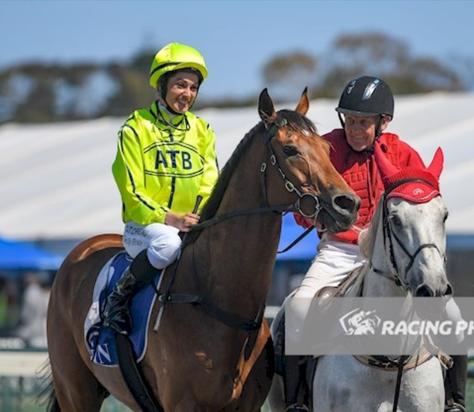 The win came first up off a spell for the Choisir gelding and gave 4kg claiming stable apprentice Emily Brown her first win for her master.  He jumped away ok from barrier 6 but didn't really have any favours in the run, being caught three wide with no cover.  He joined in at the 150m mark and held off the Symon Wilde trained race favourite Foxy's Star in a head bobbing finish on the line.

Congratulations to Australian Thoroughbred Bloodstock and all of their partners, it seems they are in for another exciting preparation with Shiny who seems to have returned better again this time in.  He has now won six races and almost $135K in stakes money.