Harbour Has $500K Prize In His View 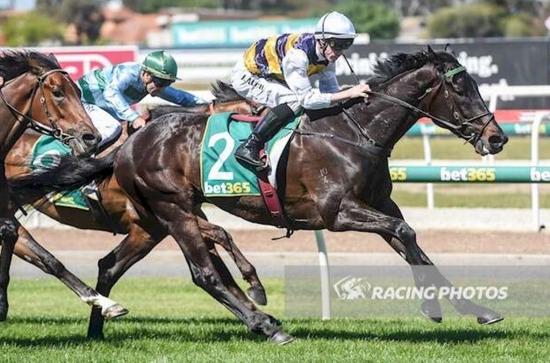 I'd say it would be quite some time since a benchmark 78 race at Geelong has caused such a stir, but racing media ran with it being a two horse race between unbeaten horses on the up in Harbour Views and the Pat Carey trained Impi.  Together they lined up in heat 6 of the MCC Country Series in an attempt to secure a spot in the $500,000 final on Oaks day at Flemington.

Ridden once again by Johnny Allen, he jumped away lightly slowly from barrier 8 and settled mid field three wide with cover early but was left exposed from about the 1000m mark.  Allen then allowed him to slide up at about the 800m and from there his superior turn of foot saw him cruise past Impi who finished third and was able to hold off the fast finishing second placed horse O'tauto to claim the race by 0.5L eased up on the line.

Congratulations once again to OTI and their partners, Harbour keeps his picket fence in tact making it five from five and our excitement going forward with this horse is becoming harder and harder to contain.