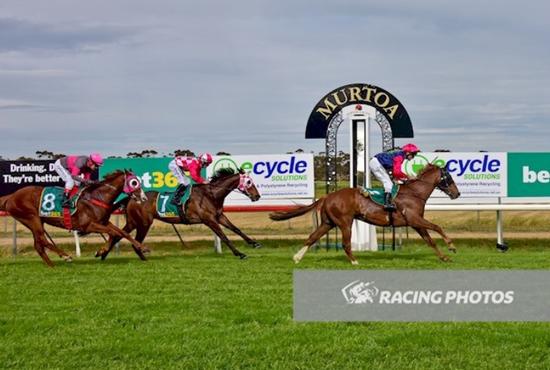 Consistent Star Witness gelding Brilliant Concept has won his way into the $500,000 MCC Country Series final by taking at the first heat in Murtoa on Sunday.  The $100K BM 64 race over 1600m was the first of a series of heats where the first and second placegetters qualify for the half a million dollar final to be ran at Flemington on Oaks day.

Ridden by Brad Rawiller from barrier 6 he jumped well and went forward to settle third early, with cover. He held his position until the turn where he popped off the fence to chase down the eventual second placed horse Rebellious Lord and was too strong to the line claiming the race by 1.5 lengths.

Congratulations to his connections, his prize money has now just ticked over the $100k mark.