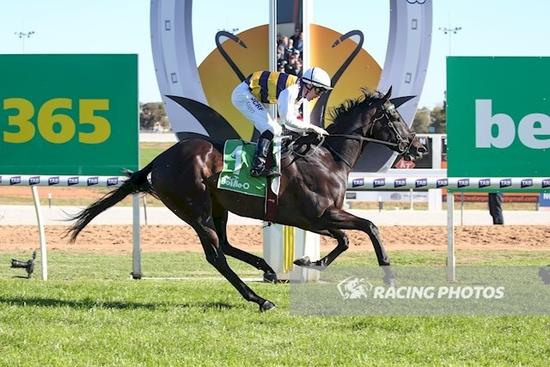 Talented galloper Harbour Views was able to maintain his winning streak by making it three from three at Swan Hill this week.  Starting the $1.20 favourite in the BM70 1600m race there was a fair bit of confidence about him and he once again showed he is a horse on the up.

Ridden again by John Allen, he drew barrier two in only a five horse field.  Matthew was conscious that things can be quite unpredictable in such a small field and ideally would have liked to have seen him ridden with some cover.  After jumping ok he was left in front with nothing pushing forward to take up the lead so was able to control the race off a very moderate tempo.  He was challenged by the eventual second placegetter "Think I'm Dreaming" and had to be ridden along but responded well to find another gear in the last 150m and prove just too smart.

Congratulations once again to OTI and his connections.  He has now gone to the paddock for a short freshen up to return to what is likely to be a very exciting campaign in the spring.