Paremuus Boy Wins Under Lights At The Valley 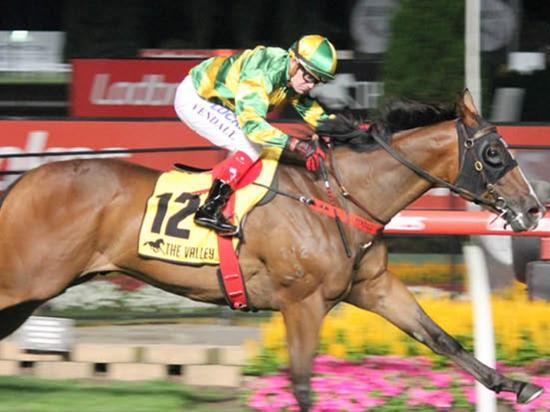 After a fairly luckless preparation Onemorenomore gelding Paremuus Boy finally had things go his way and was able to take out the BM 78 1600m race under lights at Moonee Valley.

Having stepped away half a length slowly, he got back further than expected in the field to settle second last.  Jockey Dean Yendall was happy to let the speed go ahead of him before making a mid race move at the 600m mark to circle the field.  He was widest on the turn but with momentum on his side was able to run down the second placegetter and race favourite Intueri to claim the race by almost two lengths.

Congratulations to his connections, it was great to see Jerry back in the winners stall.  Purchased as a weanling from the gold coast sales by Matthew he is majority family owned and has a special place in the stable.  He has now taken his earnings to almost $120K.