Two From Two This Prep For The Prince 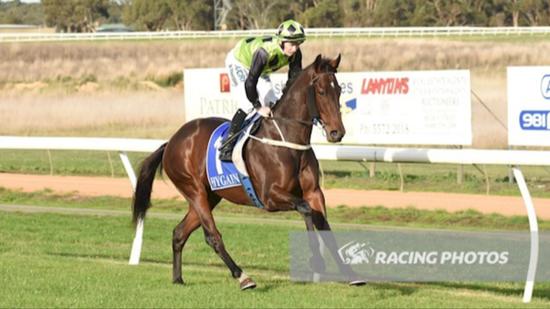 Promising galloper Prince Of Venice was able to make it two wins from two starts this preparation by taking out the BM58 1200m race at Hamilton today. Again relishing the soft 7 conditions he justified his favouritism by dominating the race by 2.5 lengths.

Jumping ok from barrier 7 with inform jockey Damien Thornton in the saddle, he settled fourth about 6 lengths off the breakaway leader Blacklisted. Coming to the middle of the track on the turn he took over the lead at about the 200m mark and despite lugging 61kg the victory was never in doubt.

Congratulations once again to his connections, Prince has now brought up his third win from twelve starts and has over 57K in stakes.