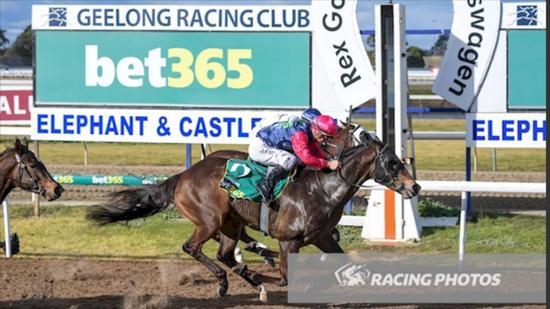 Consistent Shark Bite gelding Mordacious was able to follow on from his good first up second placing by winning at Geelong yesterday.  Ran on the synthetic track he claimed the 1000m BM 64 and brought up his 3rd win from 9 starts.

Given a great ride by Jarrod Fry, he jumped well from barrier 2 to slot in on the fence behind the leader where he took a sit until a gap emerged on the turn into the home straight.  He hit the lead with about 50m to go before the initial leader kicked back, but he was too strong to the line and went on the claim the race by 0.2L

Congratulations to his connections who look to be in for some exciting days at the races again this preparation.