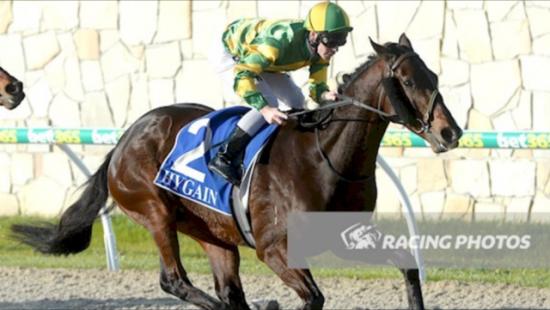 In form galloper Our Bottino was able to claim his third win on the trot yesterday by taking out the BM78 1600m synthetic final at Pakenham.  Bringing up his 6th career victory the race was never in doubt and he justified his favouritism when given a great front running ride by Ben Melham.

He got away to a flying start from barrier one and shot to the lead running along at his own tempo he was able to get a mid race breather.  He then strode 3 lengths clear at the 800m before having them all off the bit and chasing into the home straight. Far too strong to the line he kicked again to go on and win by almost 2 lengths.

Congratulations to all of his owners, Bruce has certainly had a great preparation and we could not have hoped for more consistent form from him.  It was also nice to see him rated as the number one horse in Victoria for the 2015-2016 racing season, even if it was only for one day !!