Meteor Returns To The Winners Stall 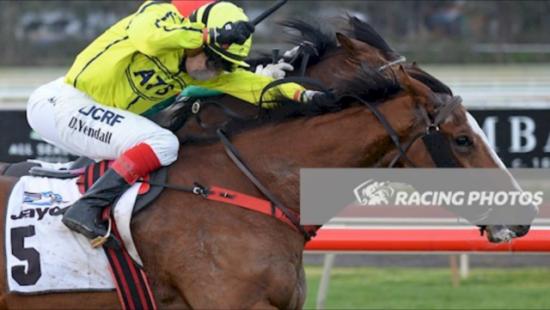 Reigning Meteor was finally able to reward connections after a 15 month non winning streak by taking out the BM70 1100m race at Bendigo yesterday.It bought up his fifth career win in 22 starts and pushed his stakes money to just above $110,000.

The four year old gelding by Northern Meteor jumped well from barrier 6 and was eased to settle third just off the leaders until the turn, where he peeled wide to the outside and went head to head down the straight with the eventual second placed horse Alberti.

Given a confident ride by Dean Yendall he did just enough to get his nose in front on the line and claim the narrow victory.

Congratulation to ATB and all of his loyal owners, it was great to get Comet back into the winners stall and let’s hope he can now continue on his winning way.