Treble On Final Day at the Bool 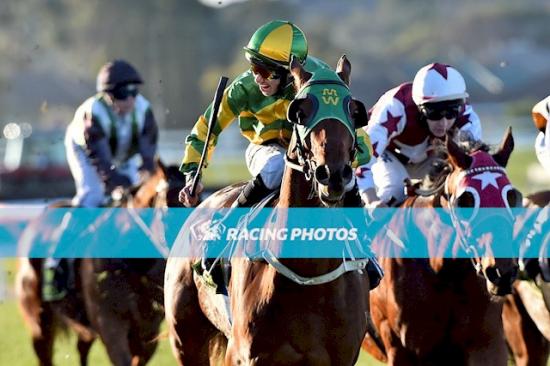 What a fantastic third and final day to the 2016 Warrnambool May Carnival with the stable training a treble !!! The first leg taken out by Hollow Log in race four was the 2000m BM 64. A late pick up ride for Damien Lane, he settled at the tail of the field working his way into the race before being held up on the turn.He got clear running into the straight and hit the lead only to be headed before kicking again and going on to hit the line strong.

The following race was not only a race to race double but also a quinella for the team. Stable mates Like the Clappers and Our Bottino fought out the finish in the 1700m BM 70. Our Bottino ridden by Dean Yendall jumped and took up the running and led in the run to the line, but was ran down late by backmarker Like The Clappers who was given a great ride by Mark Zahra to go on and win by 4 lengths.

Our third win for the day and fourth for the carnival, was in the final race on the card the 1400m open handicap with Artie’s Shore. After settling in the second half of the field he was given a 10/10 ride by Damien Thornton to hit the lead at the 150m mark and prove too strong for his rivals.

Congratulations to all of the connections in these horses, we all know what a thrill it is to win a race at the Warrnambool carnival on such a big country racing stage.